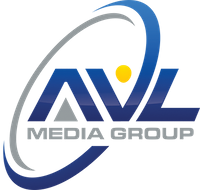 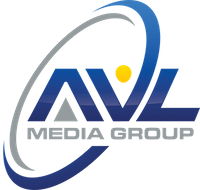 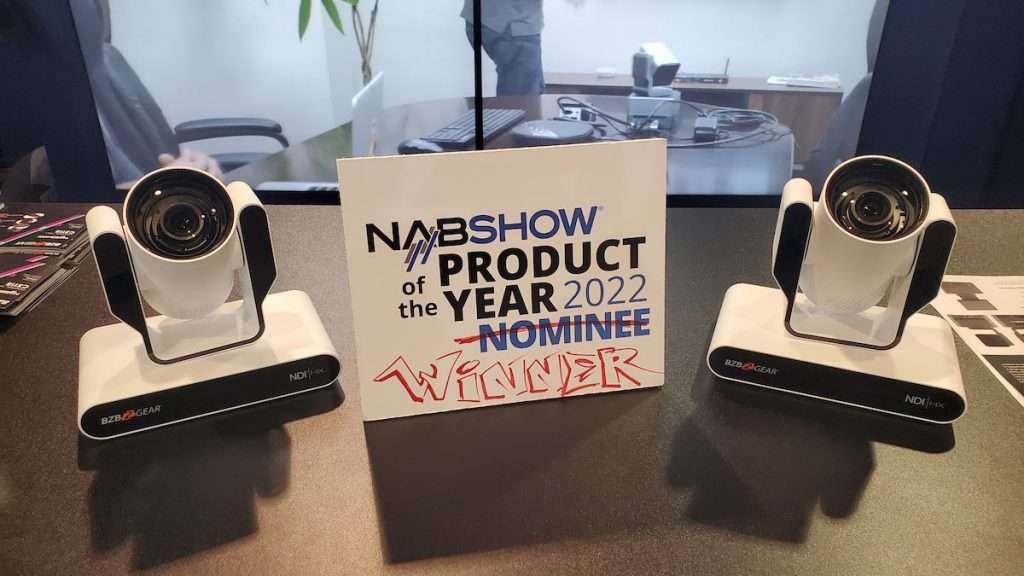 NAB Show Announces Winners of 2022 Product of the Year Award

Montreal September 1st, 2016   Mr Steve Kosters, CEO, announces the appointment of Andrew Hope to the position of Managing Director – AVL Media Group. “Bringing with him over 30 years of varied experience in all aspects of professional audio and communications; Andrew enjoys an enviable industry wide reputation for his professionalism, business acumen, and […]

Bose selects Apex Intelli-X² for European training venue in Belgium Bose’s European distribution centre is located in Tongeren near Belgium’s eastern border. The city of Tongeren and Bose have enjoyed a close relationship for many years; indeed Bose has equipped the 600-capacity theatre located in the city’s De Velinx cultural centre with a Bose RoomMatch […] 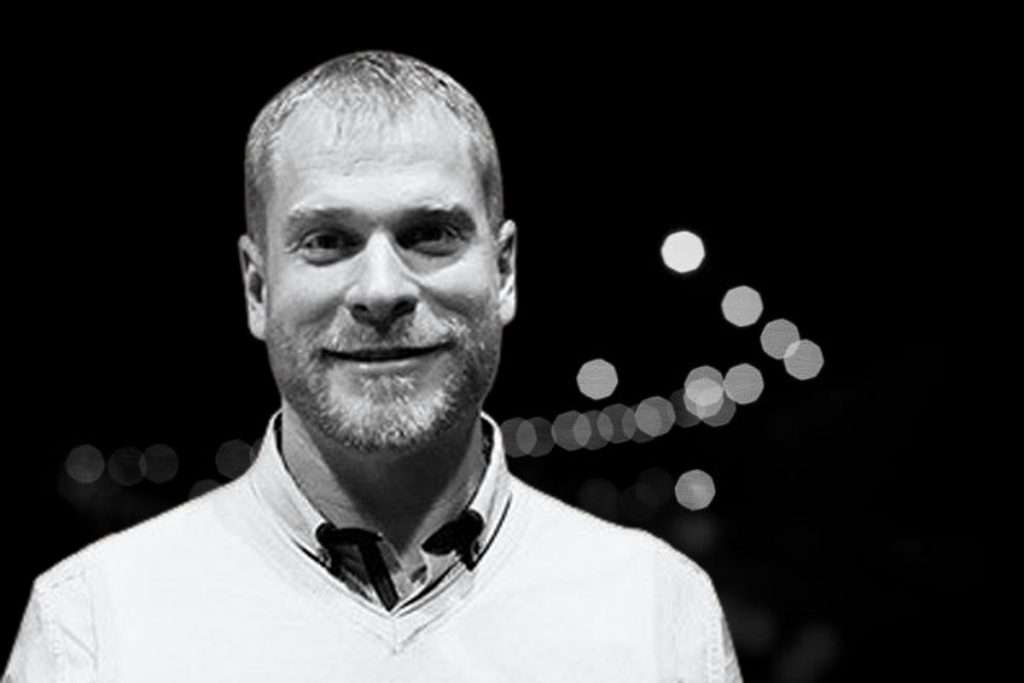 AVL Media Group is proud to announce the appointment of Mr. Jean-Philippe Tremblay to continue our dynamic growth in the world of video.

Your chance to experience, listen, see & touch state of the art technology from all of our manufacturer partners TORONTO SEPT. 1st 9 AM to 5PM @ THE SONY SOUND STAGE 309 Horner Ave. Etobecoke ON. M8W 1Z5 CLICK HERE TO REGISTER AND SHOWING FOR THE FIRST TIME PRODUCT SPECIALISTS WILL BE ON HAND LIGHT […]

Your chance to experience, listen, see & touch state of the art technology from all of our manufacturer partners CLICK HERE TO REGISTER AND SHOWING FOR THE FIRST TIME PRODUCT SPECIALISTS WILL BE ON HAND LIGHT REFRESHMENTS WILL BE SERVED CLICK HERE TO REGISTER FOR MORE INFORMATION TEL: 514-400-0110 AVL Media Group5775 ThimensVille St-Laurent, QC […] 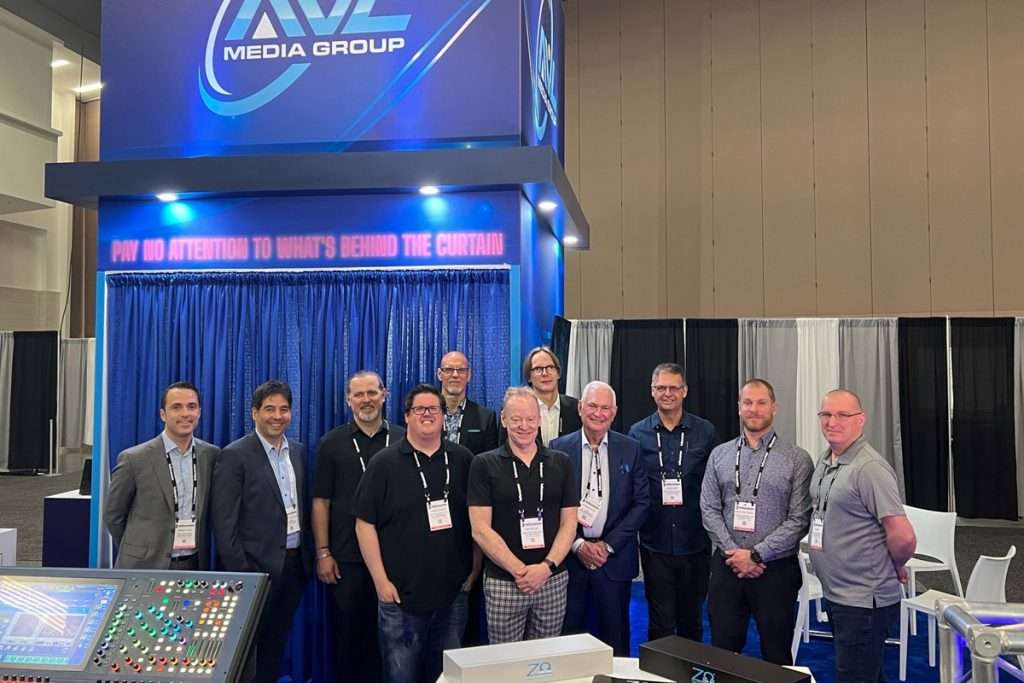 Thanks to the professionalism of our directors, sales team and audio, video and lighting specialists, we can celebrate another successful year at Infocomm. We can’t wait for 2023! 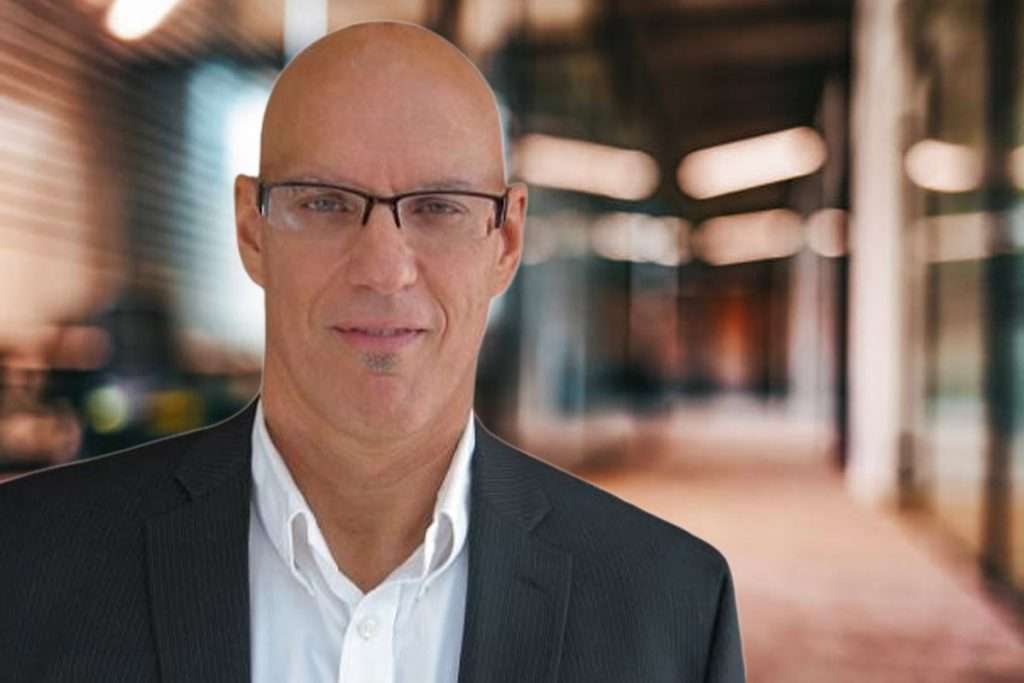 St-Laurent, Canada – July 2019 – AVL Media Group has named Rob Poretti as the new Director of Sales for the Ontario Region. Rob joins the company with + 30 years of experience in the commercial AV, broadcast, TV & film production, and post-production industries. He will spearhead sales and marketing initiatives with the primary goal […] 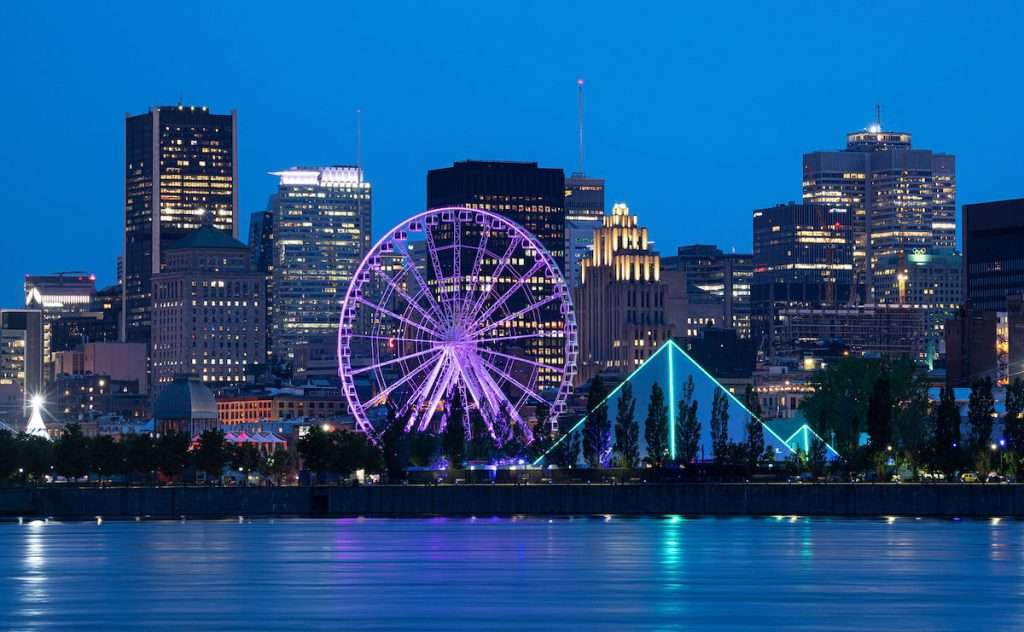 The PY1 Pyramid at the Clock Tower Pier in the Old Port of Montreal is now open and AVL Media Group is proud to have furnished this exceptional multimedia production with products from GLP – German Light Products. The pyramid will be open in Montreal until the end of the summer, showing their daytime show “Through the […]

MONTREAL, December, 2019 – Wisycom is pleased to announce the appointment of AVL Media Group as its new distributor in Canada with immediate effect. AVL Media Group is committed to developing long-term mutually beneficial business relationships with its VAR and integration partners. Delivering best-in-class professional products at competitive prices backed by excellent sales, service, and […] 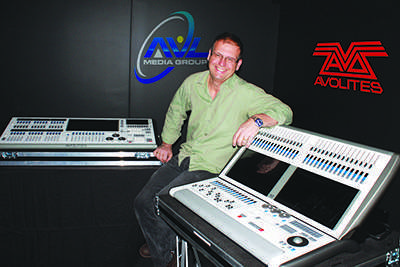 MONTREAL, Canada – British manufacturer Avolites is pleased to announce the appointment of Montreal based AVL Media Group as sole distributor of its full range of lighting control and video products. “Avolites is an iconic brand offering an exceptional portfolio of lighting and video products unique in the Canadian market,” says Andrew Hope, Managing Director. […]

Best international Distributor of the Year Award for 2020 from Pliant Technologies! 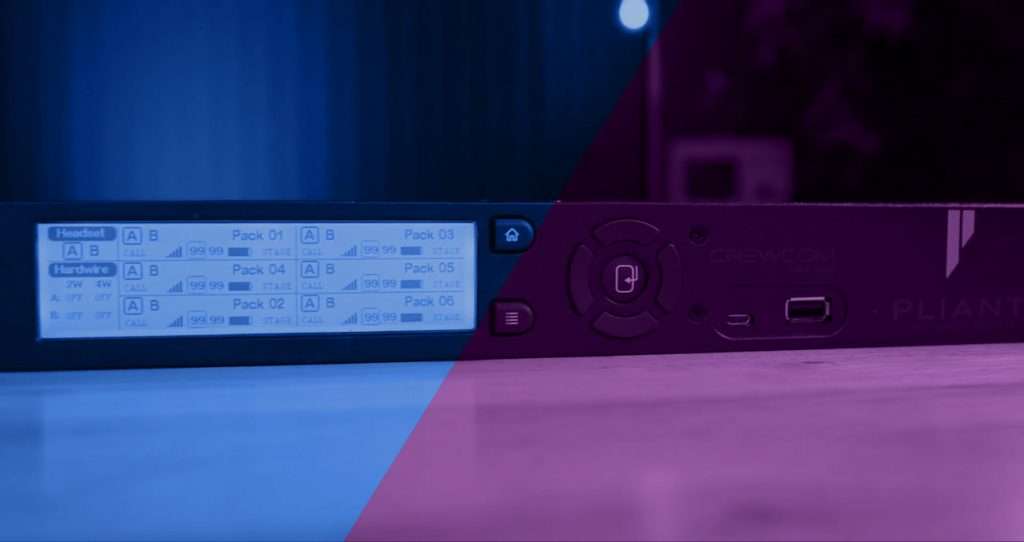 AVL MEDIA GROUP is very proud to have received the nomination as “BEST INTERNATIONAL DISTRIBUTOR OF THE YEAR AWARD FOR 2020” from Pliant Technologies!!! This past year has been a difficult one for our industry and we look forward to many years of growth & partnership with such a great company as Pliant Technologies.

Broadata Communications, a market leader in the manufacturing of commercial Audio/Video solutions has announced an exciting new partnership with AVL Media Group to serve as the sole distributor of IP, HDBaseT and Fibre-based AV Solutions in the Canadian market. With operations across the entire Canadian region, AVL will be strengthening their ability to service the […]

Dave Haynes – For LED Screens Within Public Reach, The Future Is Hardened

Dave Haynes is the founder and editor of Sixteen:Nine, an online publication that has followed the digital signage industry for more than 12 years. Dave does strategic advisory. 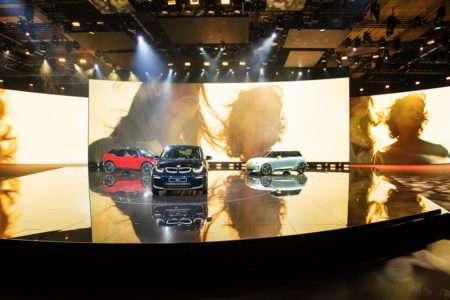 GLP JCC1 Creates Special Look for BMW Every two years the automotive industry and an army of auto fans head for Frankfurt. At the IAA Show, everything of importance in terms of automobile and road traffic converges — and the slogan is: Take Notice! The Bavarian car manufacturer BMW had some interesting news to deliver […]

GLP JDC1 Adds Pulse to Massive Nature One Electronic Festival San Fernando, CA (United States), 25th August 2017 – The annual pilgrimage by Germany’s dance aficionados to the Nature One electronic music festival again saw a capacity crowd of 65,000 assemble at the Pydna Missile Base in Kastellaun. The setting of this former NATO missile […] 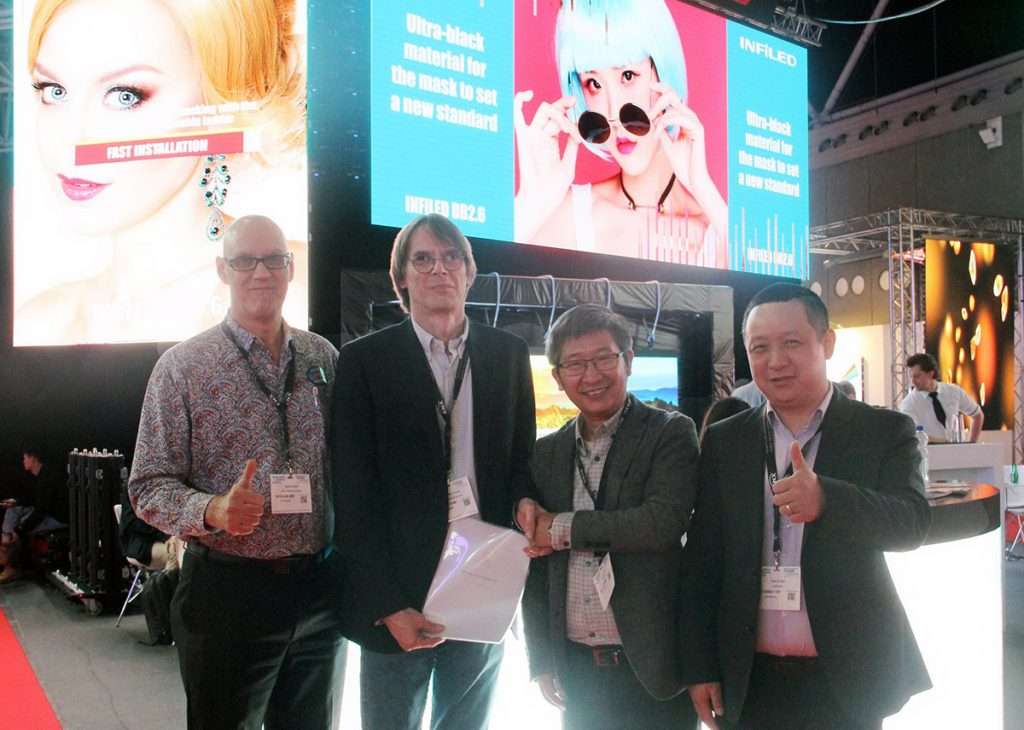 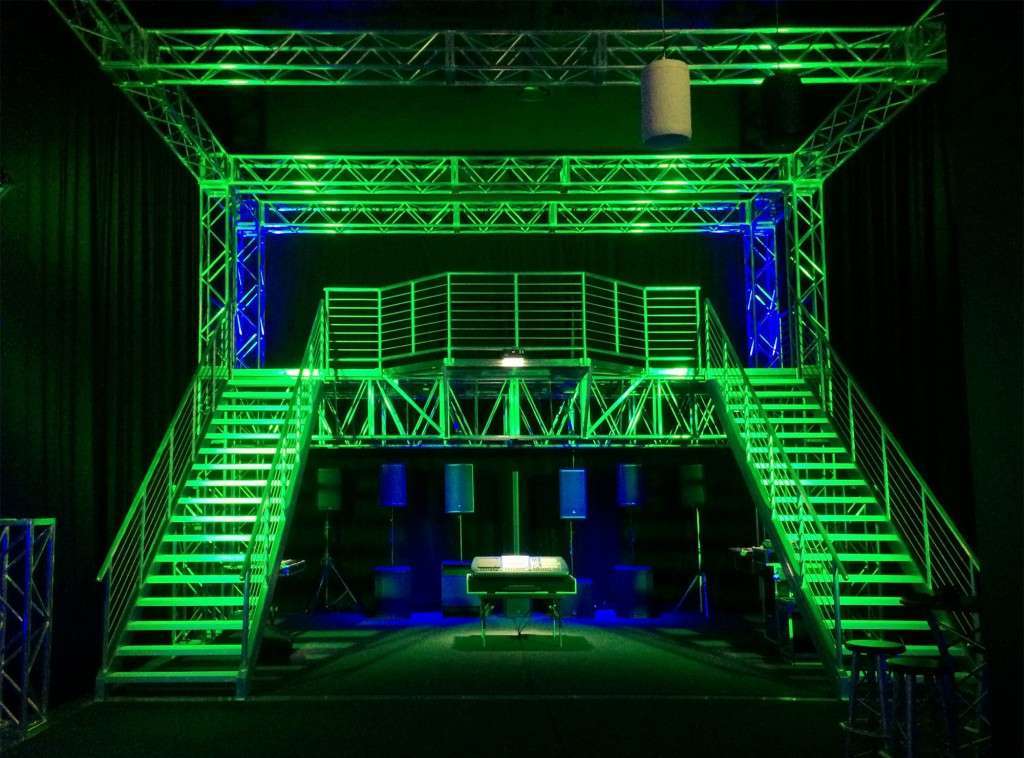 Intellimix and AVL Media Group are proud to unveil their dedicated showroom and demonstration area available to dealers, consultants, designers, and contractors. Designed as a comfortable environment for meetings and socializing, the space can also hosts active, real time product demonstrations. Intellimix and AVL Media Group are committed to developing a long term, mutually beneficial […]

MONTREAL,QC – (For Immediate Release) Intellimix Corp. is proud to announce having been appointed the new exclusive Canadian distributor for Lab.grouppen/Lake Lab.gruppen is a company committed to the development of boundary-breaking sound reinforcement products for the professional audio industry. With their unique switch mode and other patented technologies, they are providing advanced power amplifiers and […]

MONTREAL,QC – (For Immediate Release) Intellimix Corp. is proud to announce having been appointed the new exclusive Canadian distributor for TANNOY Founded originally as the Tulsemere Manufacturing Company in London, England in 1926, Tannoy presides over one of the longest and most distinguished histories in the world of audio equipment. The famous brand name originates from […]

MONTREAL,QC – (For Immediate Release) Intellimix Corp. is proud to announce having been appointed the new exclusive Canadian distributor for TC Electronic TC Electronic is deeply involved in the lives of musicians, engineers and audiences and they deliver the richest audio experience for everyone in the chain. Top artists, world class recording studios, the most prominent […]

MONTREAL,QC – (For Immediate Release) Intellimix Corp. and AVL Media Group are proud to announce that we have been appointed the new exclusive Canadian distributor for the prestigious following brands: MIDAS, KLARK TEKNIK & TURBOSOUND. For over 40 years MIDAS and KLARK TEKNIK have repeatedly shown award-winning innovation and leadership in the world of high […] 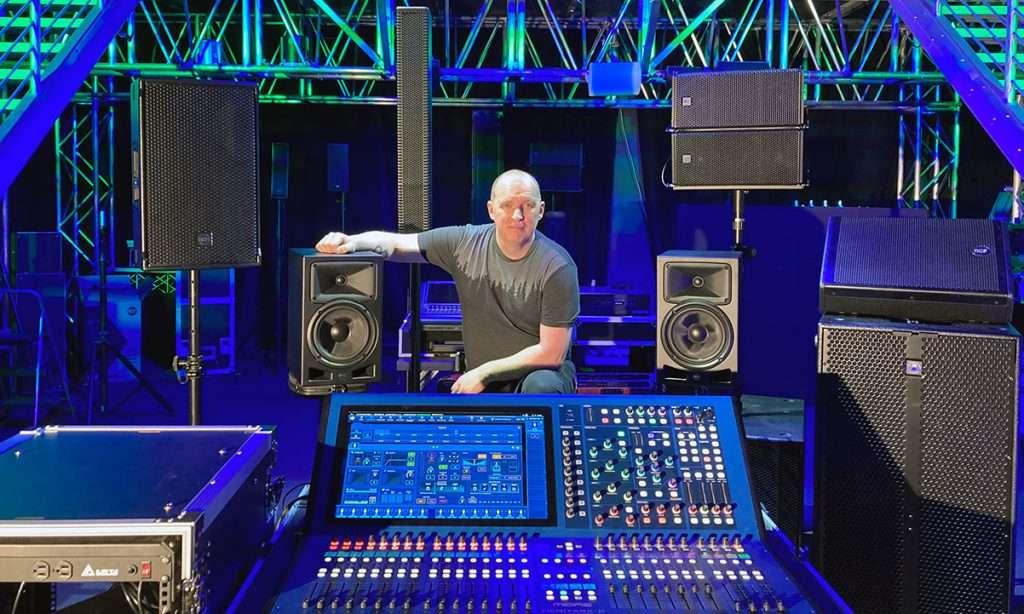 John Young Joins AVL Pro Audio Division MONTREAL,QC – (For Immediate Release) – Intellimix Corporation (AVL Media Group) is pleased to announce that John Young will be joining the AVL Media Group Team as of September 1st, in the position of Product Specialist. John’s industry-wide reputation with over 27 years of experience in the audio […] 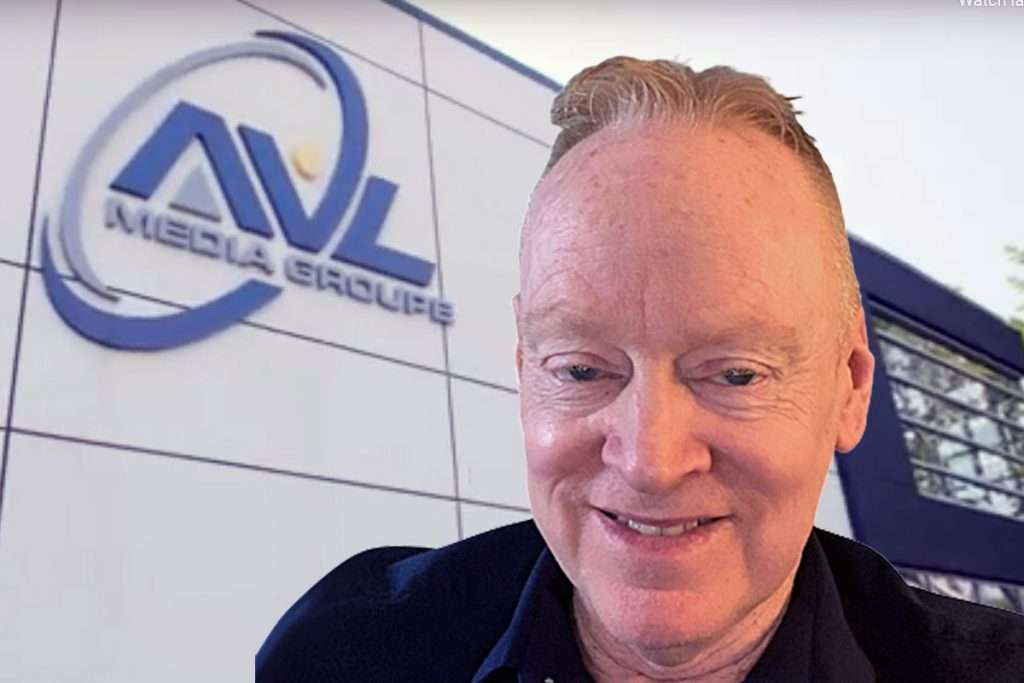 MONTREAL — AVL Media Group, the North American distributor of Lab Gruppen, Klark Teknik, Turbosound, Midas, Tannoy, Zero-Ohm Systems and Spotlight, has appointed Kurt Metzler to the position of Director of U.S. Sales. In his new role, Metzler will be responsible for all aspects of sales efforts in the United States. Metzler joins AVL with a […] 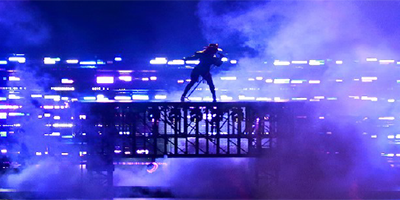 Leroy Bennett Takes 500 GLP Fixtures On Tour With Lady Gaga The Joanne World Tour is the fifth headlining tour by Lady Gaga, in support of her fifth studio album, Joanne. When the curtain was raised for the opening show in Vancouver last month, the audience was awed by a spectacular set and visual concept masterminded by production […]

Maxime Perreault Joins AVL Sales Team Andrew Hope, Managing Director of AVL Media Group, is proud to announce that Maxime Perrault has joined AVL’s Quebec sales team. “Having worked successfully with Max in the past and given his excellent reputation; I have every confidence that he will quickly become a valuable asset to our clients.” […] 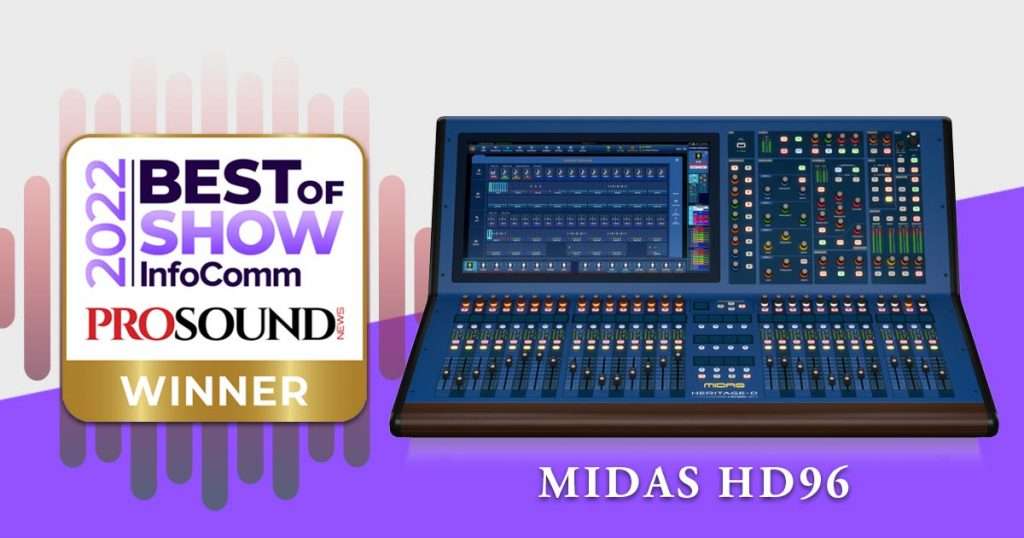 AVL is very proud to announce that the Midas HD96-24-CC Live Digital Console has won in the Mix/Pro Sound New category in the InfoComm Best of Show 2022 Awards. 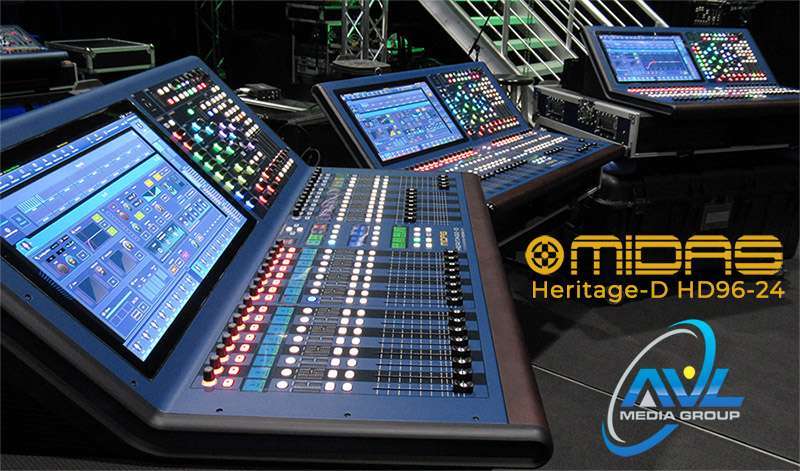 The new console has a number of innovative features and it works with existing Midas DL I/O.  Here are the basics: 28 faders, 1152 inputs/outputs in total, with 144 flexible inputs, 96 flexible aux sends, left/right/mono, 24 dedicated matrix busses, two monitor busses, two solo busses, and 24 effects slots, with effects from TC and […] 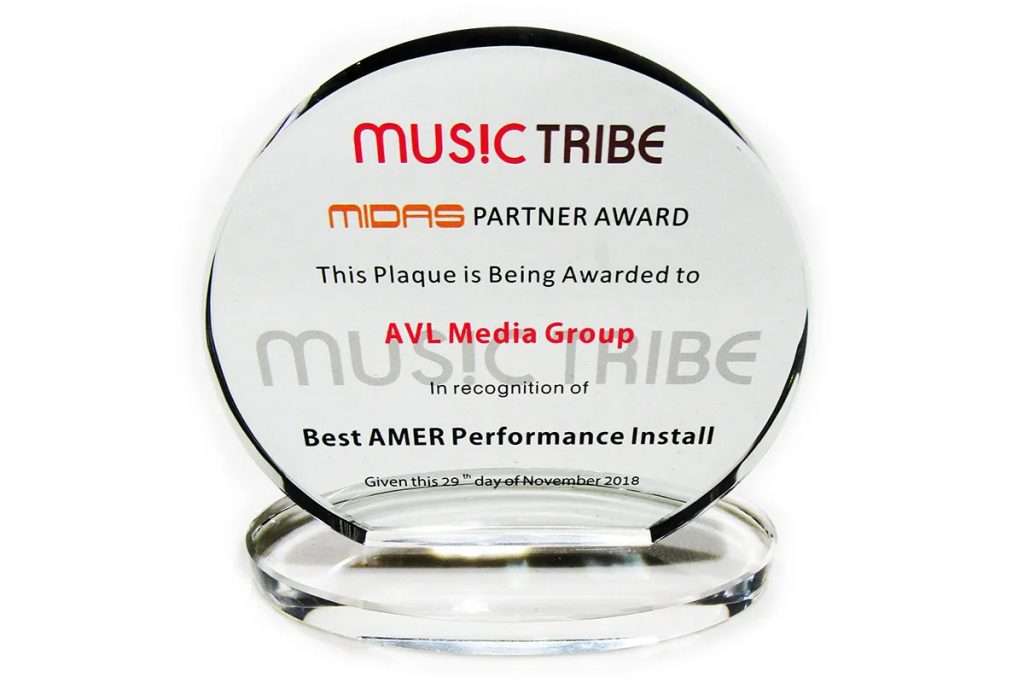 Thank you to our Friends at MUSIC TRIBE for recognizing our hard work and success as well as a proud thank you to all of the AVL Media Group Team for what we have accomplished together over the past year. Andrew Hope – Managing Director at AVL Media Group 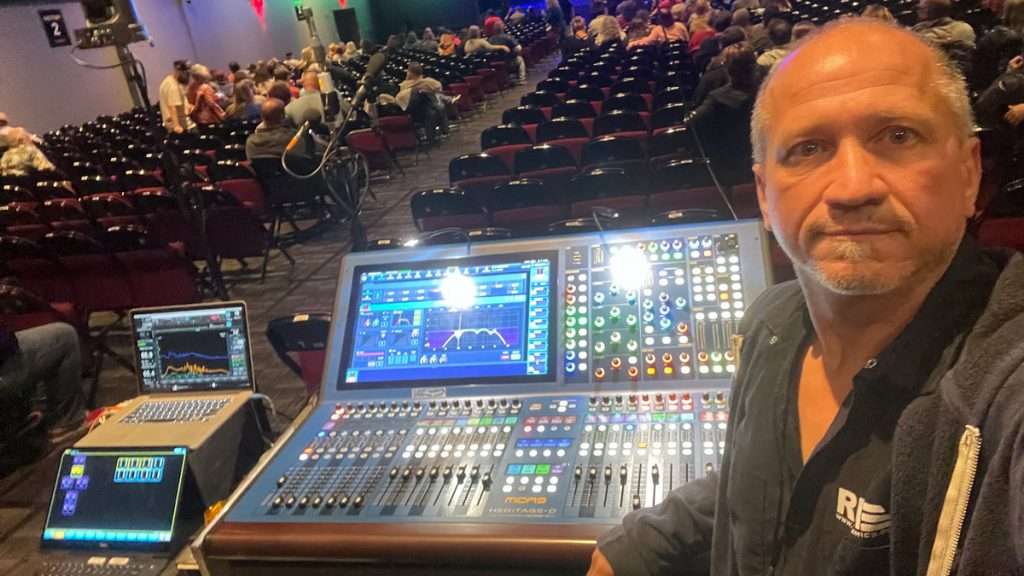 Melissa Etheridge is one of rock music’s great singer/songwriters. With 21 albums and a slew of ongoing projects as well as her Etheridge Island Festival, she seems to stay busy even when she’s “not busy.” During the height of COVID-19 when it seemed the music world was shut down, Etheridge went livestream with her highly […]

AVL Media group; proud partner with Moment Factory that have done numerous of these ENCHANTED FORESTS 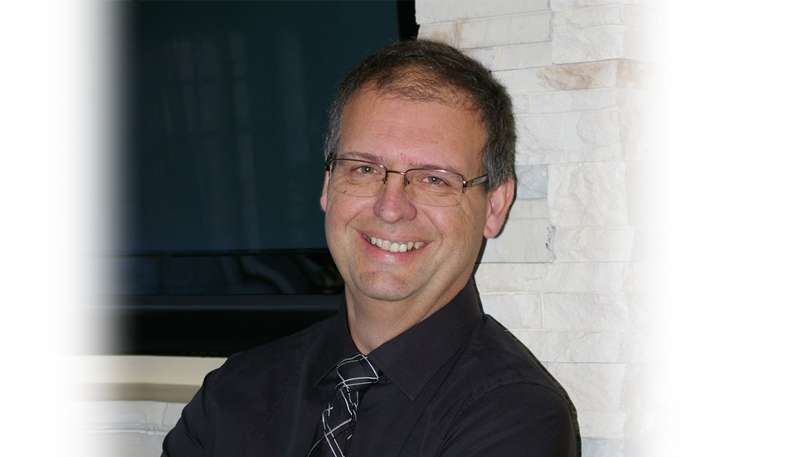 PRESS RELEASE MONTREAL,QC – (For Immediate Release) November 14th, 2016 – Andrew Hope, Managing Director of AVL Media Group, is very pleased to announce the appointment of Mr. Claude Viens to the position of product specialist/technical support for lighting. With more than 25 years of experience in all areas of professional lighting, Claude will spearhead […]

Ms. Victoria Parker joins the AVL team as a sales representative in Ontario 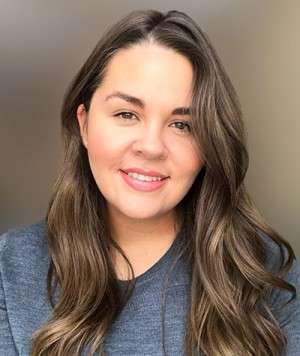 Montreal, QC – For Immediate Release Press Release January 15th, 2018 – Andrew Hope, Managing Director of AVL Media Group, is very pleased to announce that Ms. Victoria Parker has joined the AVL team as a sales representative in Ontario. “Victoria will be working closely with Peter Woods to ensure we provide the coverage and […] 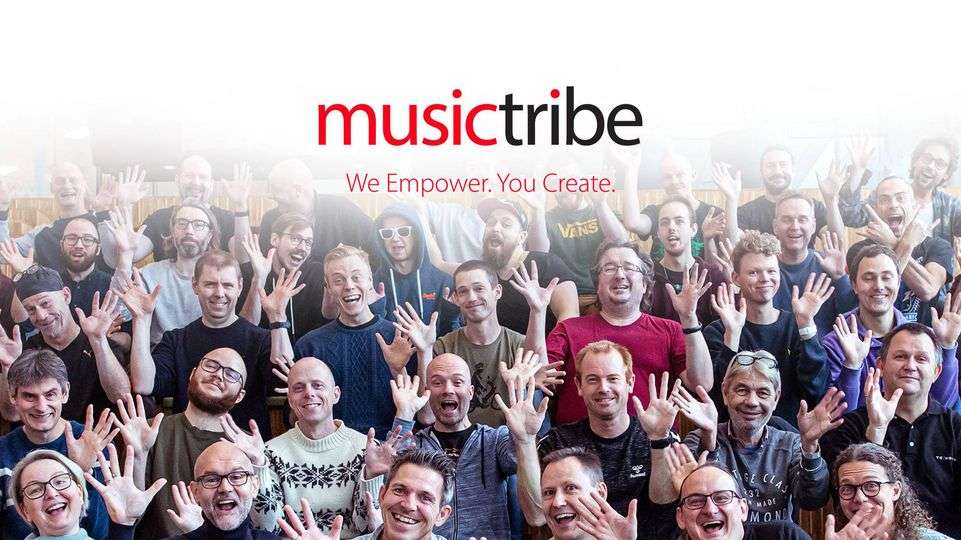 Enterprise refers to Music Tribe’s Professional Division, which serves the Install and Live & Touring Sound Customers through dedicated distributors, representatives, integrators and contractors, who all work in close partnership with Music Tribe’s Customer Solutions and Technical Support teams. The company is currently heavily investing in both its Install and Live & Tour Sound solutions, […] 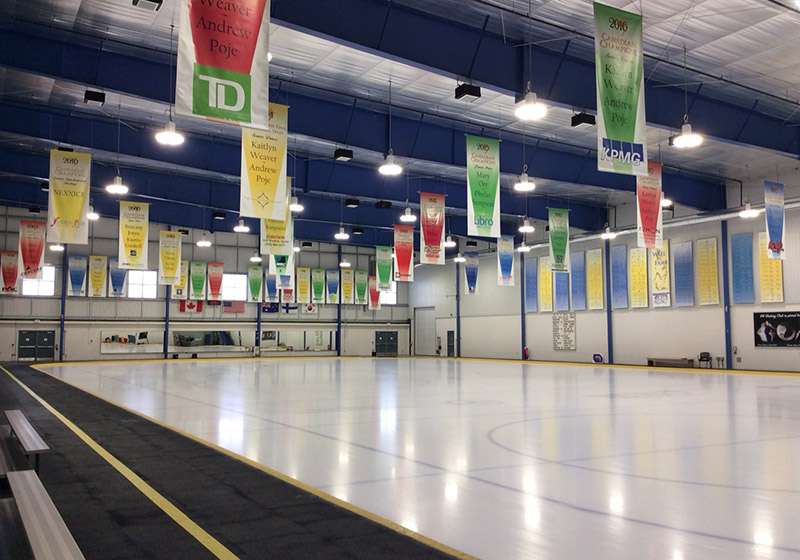 AVL Media Group was recently approached by Straight Street Event Service to assist with the creation of a new audio system for the Kitchener-Waterloo Skating Club in Waterloo, Ontario. The club, which has more than 2500 members, was looking for a new audio system to address their needs going into the future. They required a system […] 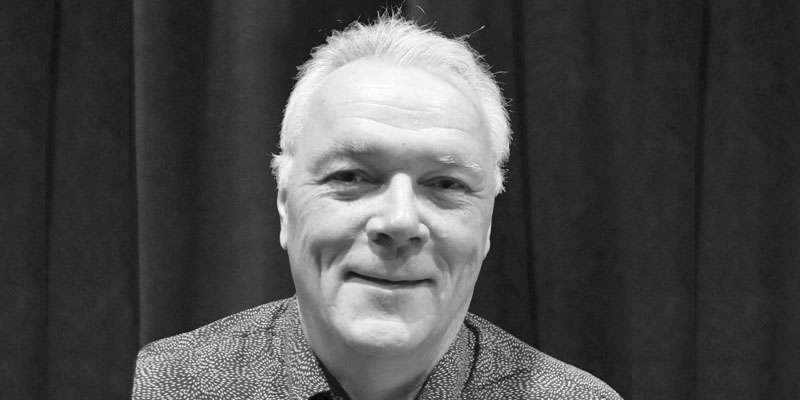 PRESS RELEASE MONTREAL,QC – (For Immediate Release)   Jan 17 2017 – Andrew Hope, Managing Director of AVL Media Group, is very pleased to announce that Mr. Peter Woods has joined the AVL team as our sales representative in Ontario. Peter requires no introduction to the Canadian AV industry. Having begun his career as a […]

The Red Room Ultra Bar in Vancouver BC looking at improving the live performance program has chosen to install the Midas M32 console, With management wanting to always improve, the search was on for a new FOH console.  “We have been using Midas products (Venice 320) for the last 10 years so it was the […] As most of the industry is aware, Music Group acquired TC Group in May of 2015, we are all working very diligently on the amalgamation of the two companies and now have an update on the distribution in Canada for Tannoy, Lab Gruppen, TC Electronic and TC Helicon. Our independent rep firms, BG Media, MM […] 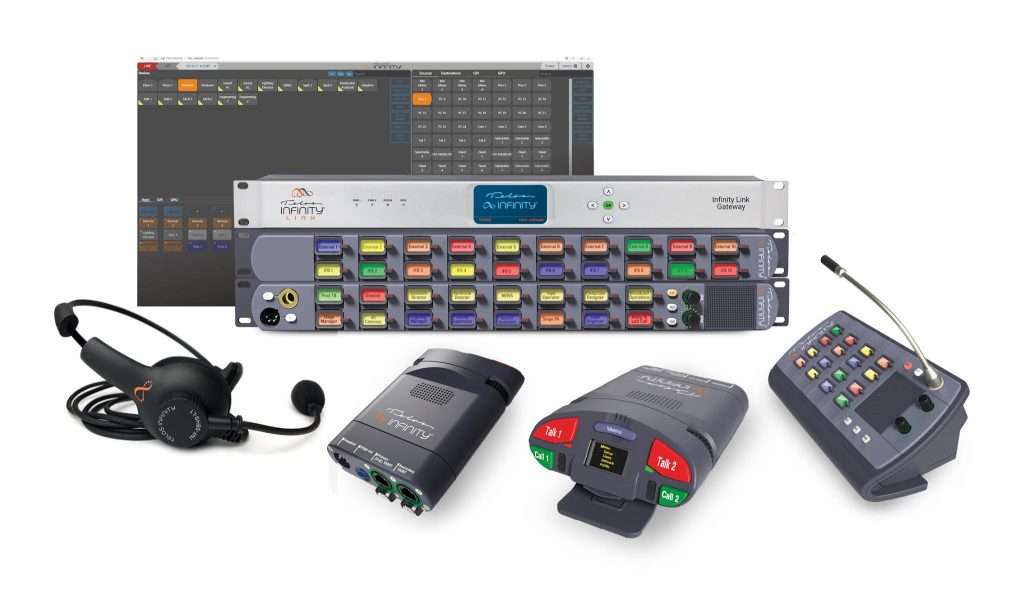 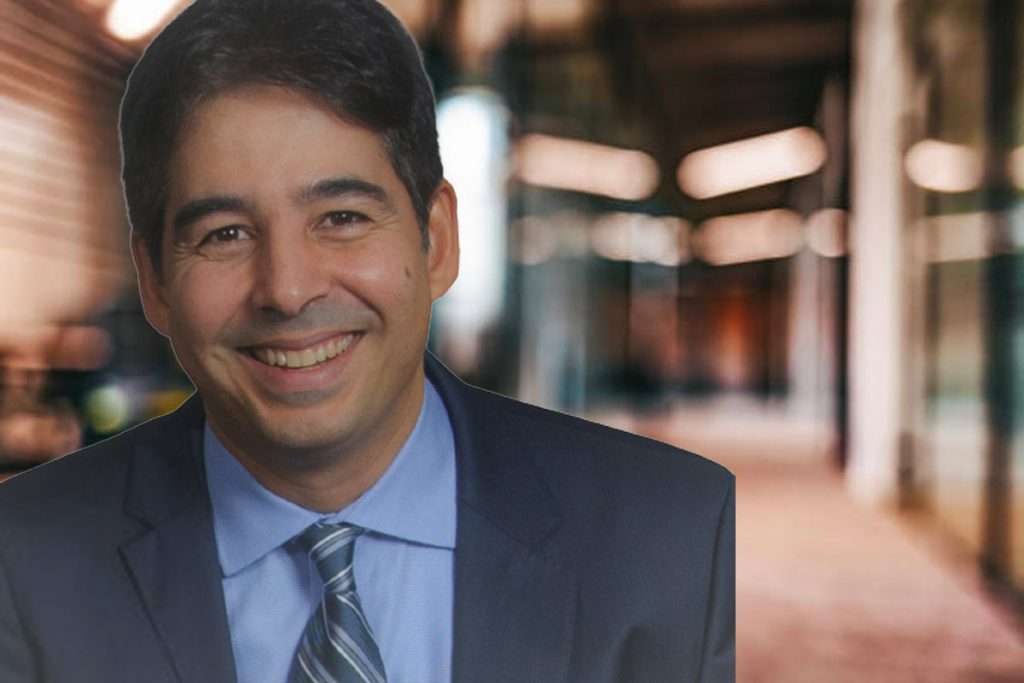 MONTREAL, Canada — Zero-Ohm Systems has named AVL Media Group as its exclusive distributor for North America. AVL will distribute the company’s Disrupter Series and Renegade Series of products which are designed to allow multiple loudspeakers to be connected in parallel without the need for external 70-volt transformers. The plug and play design is simple to […]