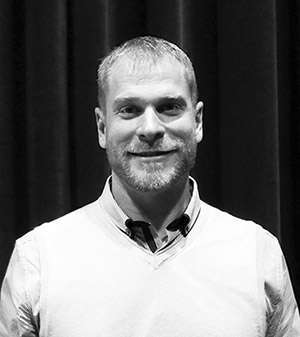 AVL Media Group is proud to announce the appointment of Mr. Jean-Philippe Tremblay to continue our dynamic growth in the world of video.

Jean-Philippe started his carreer in 1998 as a stage technician. After working a few years on local events, he began large scale touring in 2002 with André Rieu and in 2004 with Cavalia. He realized his first technical design in 2005 for the Cirque du Soleil Delirium show and then toured with the Cirque for the following year. Since then, Jean-Philippe has toured internationally with acts including Justin Timberlake – “Future Sex Love Tour”, Alicia Keys – “As I am”, Nine Inch Nails – “Light in the sky”, Cirque du soleil – “Wintuk”, Britney Spears – “Femme fatale”, A-Ha – “Ending on a high note”.

In 2013 he was appointed as the opertions manager of the video department at Solotech’s head office in Montreal where he managed 50 employees and was responsible for daily operations. Subsequently, Jean-Philippe became the managing technical advisor for the video department. In this expanded role, he planned equipment acquisition for the “Solotech Rentals” video department and planned and launched many North American tours; “Toruk and Crystal” – Cirque du Soleil, “Man of the Woods” – Justin Timberlake, “Starboy” – The Weekend, “Joanne” – for Lady Gaga, “Beautiful Trauma” – for P!nk and “Reputation” for Taylor Swift in addition to countless other world class events.

“Jean-Philippe brings huge depth and experience within his field and we are very excited to welcome him to our team” says Andrew Hope as Managing Director.